These two beers have some key differences. Ales have been around much longer than lagers, with ales hailing back to ancient times and lagers a more recent invention from several hundred years ago. How these two styles of beers are crafted is different.

Ales are fermented for a short period of time, at a warm temperature. On the other hand, lagers (which means “to store” in German) are fermented for longer periods of time, at colder temperatures. How the yeast is used in each type of brew also differs. During the fermentation process, ales require top-fermenting yeasts, meaning that the yeast stay on top of the beer. Lagers need bottom-fermenting yeasts, or yeasts which sink to the bottom.

When it comes to the drinking experience, ales and lagers have two distinct feels and tastes. An ale typically will have a darker colors (a richer golden color to an amber red) and use malted barley as the grain, with a few different varieties such as brown, cream, and pale. In comparison, a lager is usually a lighter both in color and in taste, but also can range in color. Lagers also have more carbonation and have a crisper, smoother finish.

Since the invention of ales and lagers, there has been further stratification of the different types of beers, including specialty beers and hybrid beers, which can take one part of a fermentation process, such as the cold temperatures of the lager process using an ale yeast—or vice versa.

Beers also differ in a number of ways:

With both ales and lagers, the region is one of the primary ways to further classify beers. Most beers are made in the United States or in Europe, although other countries such as Japan and Mexico have their own popular brews. Another way to further stratify beers is by the subcategory under ale or lager.

This ancient beverage has proliferated into hundreds of styles, especially as home brewing grows in popularity. Whether it's a specialty brew in a growler, or a beer from a local brewery or bar, there’s at least one beer style for every beer lover to enjoy. 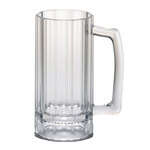