How to Eat Earth to Table Cooking Every Day

With more and more information about what is going into our food being spread like wildfire throughout our media, more and more people are striving to eat healthier and to avoid these chemical-filled foods.

For this reason, it is important to know what is being put on your table as well as how to make sure that it is healthy and will treat your body well.

The keyword that most people look for in earth-to-table or “healthy” recipes is organic.

If it’s organic, then it must be naturally produced, nutritious, and farm-fresh, right?

Well, this is where things can get complicated.  Although food products are required to go through and put through multiple strenuous tests in order to be granted this “organic” label by the FDA, not all of the food might be organic.  Additionally, many food brands replace one unhealthy product, such as sugar, for another that is equally unhealthy.

So, without further ado, here are a few tips that you can live by to eat a healthy and true earth-to-table diet every day. When most people think of growing their own food, they think they need a huge yard with a massive garden.

However, growing your own food is as simple as keeping a few potted plants in a sunny window inside of your house.

But beware: the reason why most people want to grow their own food is that many farm-produced foods are full of GMOs, which stands for Genetically Modified Organisms.  However, when purchasing your seeds, make sure that you read the labels carefully.

Some seeds have already been exposed or intoxicated with GMOs and therefore the purpose of growing your own food has been pretty much defeated.

If your goal of eating more farm-fresh produce is to become more vegetarian, then it is obvious that you’re going to have to eat less meat.

Meat, while it does come from farms, is a very complicated, confusing, and toxic food source.  Many farms grow their meat-producing animals in houses or fields full of other animals, where they are practically piled on top of each other and fed the wrong types of foods.

For this reason and with the goal of being more vegan, it is wise to stay away from meat. However, protein is vital to the human body.  Therefore, it is important that you are finding it in other sources such as eggs. 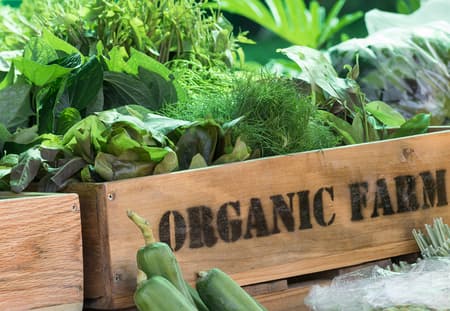 Even if you aren’t ordering straight from fresh organic farms or growing your own garden, it is still possible to make healthy decisions when resorting to your local supermarket.

An example of this would be to only purchase foods that are in season.  This means that if it is winter, then it is best not to buy strawberries, which are summer fruits.

When foods are being sold out of season, you automatically know that they have had chemicals injected into them to make their life on the shelves last longer, whereas if you buy foods that are in season, they are more likely to have come straight from a fresh farm.

Tip #4 – Shop More in Farmers Markets than in Supermarkets

Just like with the in-season food strategy, it is best to avoid supermarkets as much as possible and to buy as much as you can from farmers markets.

This is because nothing in farmers markets will be sold that is out of season, and the vast majority of it comes straight from the seller’s farm, if not all.

By purchasing from local farmers markets, you get to buy directly from the producer of the crop instead of spending your money on chemically injected, poisoned foods. When it comes to upgrading and updating your restaurant, your focus should be on money generation. A general rule of thumb to follow is that, while you will want to spend money to make money, you’ll want to spend the least amount possible while getting the most bang for your buck! Capitalizing on your current customers can be a great way to increase the cash flow of your restaurant, and an easy way to grab their attention is with an appropriate display case. Investing in display cases is a great way to increase revenue by tapping into impulse buys. 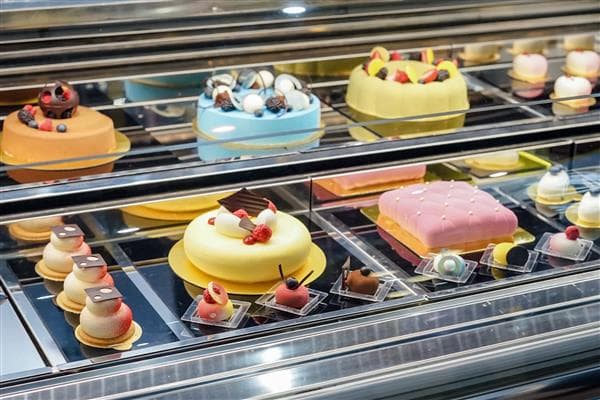 Small display items such as display risers, mirror trays, cake stands, and display bins all add convenience and appeal to a restaurant. Just like larger pieces of commercial equipment, these smaller items can introduce a host of benefits to your customer’s satisfaction as well as your restaurant’s bottom line.