Just recently, Panera announced that it will be removing a swath of ingredients from its list in an effort for a more natural menu selection. Their ‘No’ list targets the removal of artificial colors, flavors, preservatives and sweeteners by 2016. By announcing this to the public, they’re capitalizing on many of today’s hottest trends: natural ingredients and food transparency, to name a few. Whether its a marketing ploy, an honest effort for natural foods, or a mixture of both, many other restaurants are forced to reevaluate their ingredient list as well.

So what exactly is on the list of banned ingredients for Panera? The list includes 34 ingredients, including lard, that Panera said are not in today’s menu items and 47 ingredients that it said are in the process of being removed.

While many are receiving this news with praise, others note that not all ingredients included on this list are actually harmful. “Just because something is artificial or its name is hard to pronounce doesn’t mean it’s unsafe. Some of the additives Panera is ditching are perfectly innocuous, such as calcium propionate or sodium lactate — so those moves are more about public relations than public health,” Michael F. Jacobson, director of the Center for Science in the Public Interest, said in a statement.

But Panera’s founder, chairman, and CEO Ron Shaich is fully behind the change of pace. “We see a long-term, secular evolution, as more and more consumers seek to both eat healthy and eat foods they crave,” Shaich said. “They're dealing with the conflict.” It’s an alignment that has been causing a bit of consonant dissonance for consumers, and Panera it looking to not only leave a full belly but a great feeling as well when customers leave their establishment.

And this is just the beginning! Panera will not only launch their new marketing campaign in June, but come September, he added, customers will be able to upgrade any of Panera’s deli turkey sandwiches with protein that is free of antibiotics and processing nitrates, and flatbreads that will feature 15 grams of whole grain in each serving.

If you’re thinking of coming to the ‘clean’ side, remember that removal of some of these ingredients can reduce the shelf life, and while it may seem like the changes will affect your costs, it doesn’t have to. Many of the new ingredients set to replace the old don’t actually cost more.

But at the end of the day, there’s a huge potential for a change in profits! Only time will tell.

Restaurant Equipment
Buying Guide: How to Choose Concession Equipment for Your Foodservice Establishment 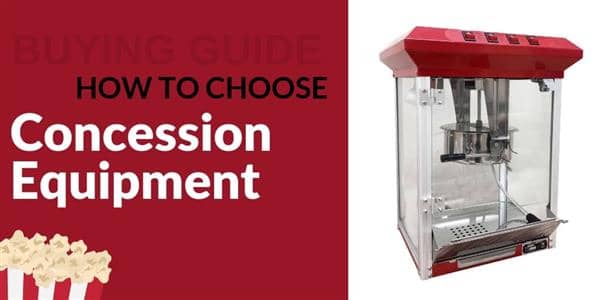 Mobile and stationary equipment, cooking and prep equipment, beverage machines, and other must-haves for a successful concession stand business.