The History of Commercial Refrigerators

Refrigerators revolutionized food storage. They come in all shapes and sizes and are used in homes, warehouses and restaurants. Many restaurants use large walk in refrigerators to store much of their food both because of the space it has inside and the ease of retrieval it allows. Still refrigeration wasn't always as advanced as it is today.

One could say that the idea of refrigeration began in prehistoric times, when cavemen began to recognize that the meat they killed stayed fresher over winter months in the snow, or if stored in the cool caves during the summer months.

Ancient civilizations took this a step further, purposefully refrigerating as best the could by gathering large amounts of snow during the winter and placing it in deep, lined pits. These pits were covered with the best insulation they could find and would often last many months, even after it became too warm for snow to normally remain.

Ice was harvested in China and other Asian countries, then insulated to keep it available throughout the summer. When ice or snow was not available, many cultures would simply store the liquids they'd want cold overnight, when the air was cooler.

During the 16th century, the French discovered that adding the right chemicals to a tub of water effectively lowered its temperature. This cool water bath was often used to store liquids in tall bottles and could occasionally allow for the creation of ice.

Breweries began using more advanced methods of refrigeration in the 1800s in an attempt to make a year-round product. Soon, it was discovered that this mechanical form of refrigeration allowed for easy storage of everything from meats to dairy, and would greatly reduce the amount of spoiled foods. In the mid 1880s refrigeration reached the state of a common household appliance.

The addition of easy refrigeration to most homes greatly effected the diet of most. Before home refrigeration, the majority of diets focused on easily preserved items like breads, vegetables and salted meats, the ability to safely store dairy, fruits and fresh meat changed the way many people looked at food, especially in urban areas.

So keep in mind when shopping for a new refrigerator how lucky you are to live in a time when food storage is as convenient as possible. 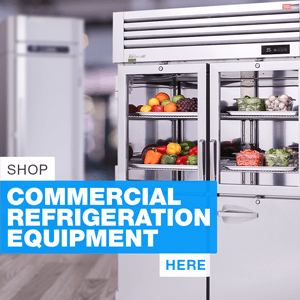 Refrigeration Equipment
Buying Guide: How to Choose Commercial Refrigerators for Your Foodservice Establishment 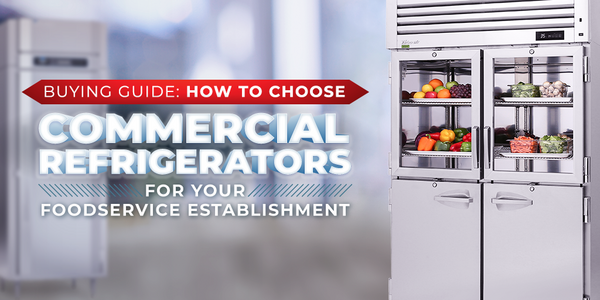 Your ultimate guide on commercial refrigerators--types, capacity, and features--to lead you to the best unit.