Chives vs. Green Onions vs. Scallions: Understanding the Difference

Fresh and tasteful, chives, green onions, and scallions are all essential ingredients in the garnishing section of your commercial kitchen. Due to the inherent similarities between chives vs. green onions and chives vs. scallions, culinarians can become confused about when to use them and where. Understanding the similarities and differences in these ingredients can help you add a rich texture and flavor in your dishes. While their mildly pungent tastes bring about fresh and unique taste notes, chives, green onions, & scallions also add pop and color to your cooking due to their rich green hues.

‘Are chives and green onions the same?’ still remains a very common question both within the culinary community and outside of it. The similarities in appearance and their placement in the same parts of the produce sections in supermarkets only feeds the confusion further. To help you and your staff understand the differences and similarities between chives vs. green onions vs. scallions, we put together information detailing the attributes of each of these ingredients to promote a better understanding of these refreshing and pungent condiments. 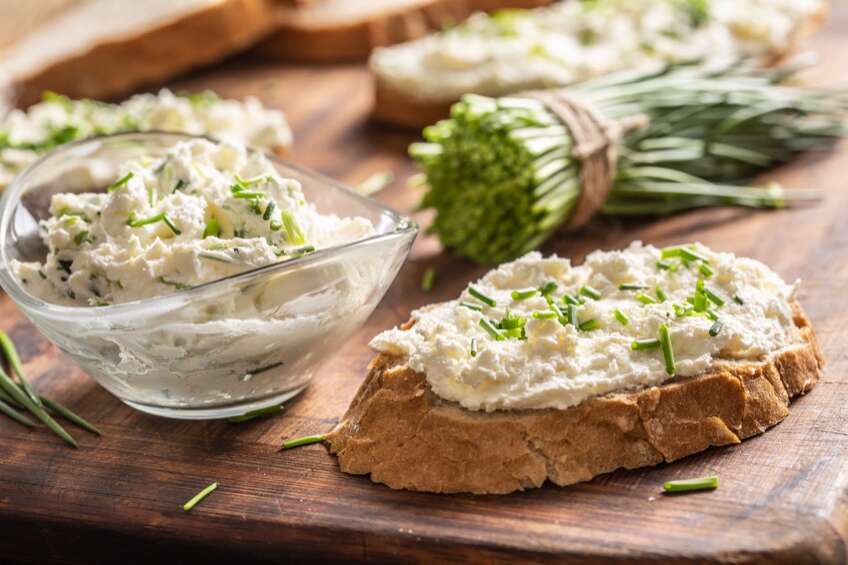 Before we get down to the differences between chives vs. green onions and those of chives vs. scallions, it’s important to know the attributes of the herb.

So, what is a chive? Chives are herbs with hollow stems that are best eaten fresh. While they have a taste similar to those of mild onions, they’re much less pungent and far milder than scallions. Chives have narrow stems and get bruised easily unless chopped with a sharp knife or a pair of scissors. These herbs are best used as toppings and final garnishing elements on dishes such as deviled eggs, omelets, baked potatoes, and compound butters & dips. Their bright color aids the appearance of the dishes and brings a refreshing taste to the palate.

They also go well with complex flavors when coupled with other condiments and spices. Chives need not be plucked out from the ground entirely. Merely cutting the leaves from near the ground surface is the go-to harvest technique. Despite chives being from the onion family, they belong to an entirely different species and do not have large bulbs at the bottom portions of the plant.

Chives come in different types, each with its varied flavor and appearance. Chive types include:

What are Scallions & Green Onions?

While scallions have the sharpness and pungent flavor that resembles onions, they’re far milder and much more flavorful due to a number of aromatic components in their leaves. Green onions or scallions also encompass special varieties of the plant that grow with barely noticeable bulbs. The bulbs of scallions can sometimes be used as milder substitutes for yellow or purple onions, since they too bring pungent aromaticity to the dish they’re added to. Clearing the confusion around scallions and green onions will help you better understand the differences between chives vs. green onions and chives vs. scallions.

What are Spring Onions?

Apart from the confusion that arises in the differences between chives vs. green onions vs. scallions, there also exists another important plant from the Allium family that can further complicate the condiment selection process. Spring onions have a small yet noticeable bulb at the bottom of the plant near their roots and have sweeter taste notes.

Spring onions, despite their sweetness also carry pungent and aromatic tastes. They can be used to substitute green onions in case you’re unable to find them to garnish your dishes. On the other hand, the bulbs can be thrown into the pan after being chopped up, and they can make a great addition to stir fries or other recipes that go well with onion and garlic flavors.

Now that you understand what exactly these condiments are, we can explore the differences that set apart chives and green onions from one another. While chives are primarily used for their flavorful leaves that are used as herbs in the kitchen, scallions are used for nearly every part they bring to the table - a core distinguishing feature between chives vs. green onions.

Chives are mild in their onion-like flavor, however, scallions tend to be more pungent and impactful when added to a dish. Chive leaves, though hollow like those of scallions, are shorter and thinner. Since most garnish combinations use only the leafy portions of chives, the root part of the plant is left more or less untouched, whereas farmers need to pull out the entire plant including the bulbs and roots to harvest scallions.

Another distinguishing feature between chives vs. scallions is their reaction to being cooked. While chives cannot be heated along with the rest of the food due to their high moisture content, green onions can be chopped up and added either in a stir frying pan or as garnish. Despite these differences, you can substitute both chives and scallions with the other in case one of them is unavailable, unless, the recipe is extremely sensitive to pungent flavor notes and relies on it for bringing about the desired outcome. 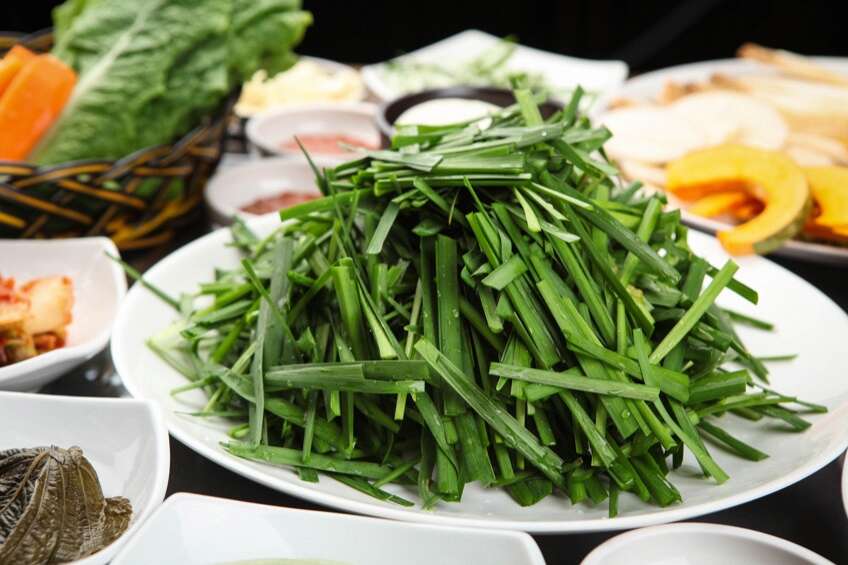 If you still have questions like ‘Are chives scallions’, this section will dispel any remaining confusion as we discuss these herbs’ and condiments’ applications in cooking. Due to their inherent property of freshness, both chives and green onions are best used raw when cooking.

Despite the raw freshness and fragrance green onions bring into a dish, they can also be used in recipes that cook them. 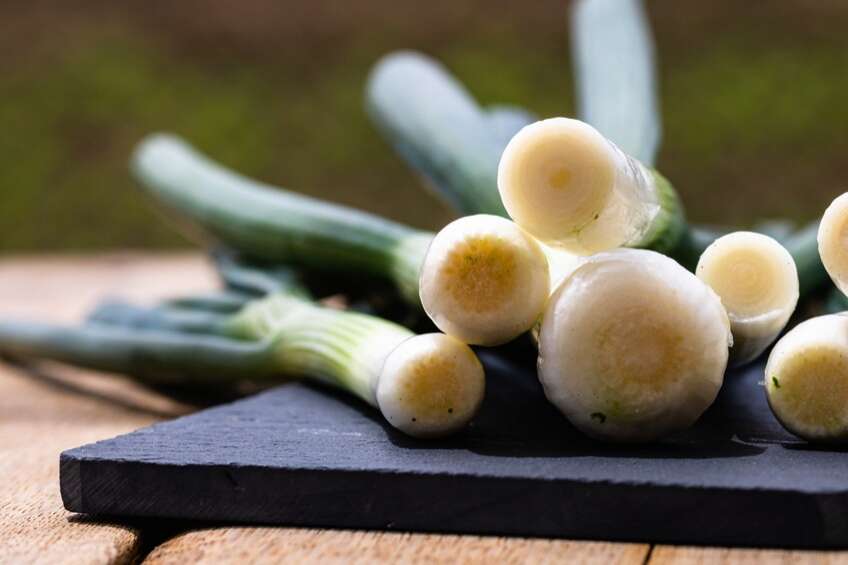 Despite the differences between chives vs. green onions, they can be stored in similar methods for efficient storage. Chives and scallions are full of moisture and you might risk wilting in case you store them in a dry environment. Wilted chives and green onions make the dish appear dull and lack the aesthetics of their fresh counterparts. Wilting also mellows the flavor of these herbs and compromises the overall integrity of the dish.

Commercial refrigerators are great options when you’re looking to store chives and green onions for long periods. Due to the moisture-filled stalks, chives & green onions are also at risk of rotting in case they’re stored for too long. So make sure to use them up as soon as possible. Storing chives and scallions in either airtight containers or plastic pouches and placing them in the crisper drawer makes for a perfect storage solution, allowing you to preserve them for up to two weeks. Using the right storage practice will allow you to cut losses and make the best of your produce purchases.

With an understanding of the differences between chives vs. scallions, you will be better equipped to use these fresh, aromatic, and flavorful components in your recipes. The presentation and aesthetic value these herbs add to the dish will help your establishment make a great impression on your patrons and ensure your meticulousness is valued.