The Showdown: The Convection Oven vs. A Regular Commercial Oven

Space is often tight in restaurants, and money can be as well. When looking for a new Commercial Oven, the question of whether to go with a standard commercial oven or a convection Commercial Oven can cause some shoppers to stop in their tracks.

Convection ovens differ from standard Commercial Ovens through the use of a fan in the cooking process. A convection Commercial Oven contains fans that move the hot air inside the Commercial Oven, allowing for somewhat faster cooking times at lower temperatures than the same item would take to cook in a regular commercial oven.

Convection Commercial Ovens are typically used in baking because the more even heat distribution it causes allows for a more even cooking on baked goods, but there are benefits for restaurant use as well. First, even heat is something that benefits most oven-cooked foods, not solely baked goods. Shorter cooking times also means a faster turnover for meal preparation times, allowing customers to be served more quickly. The lower heat could help keep the kitchen cooler, which would be helpful to the chefs not only for comfort but also for keeping the heat from draining energy. 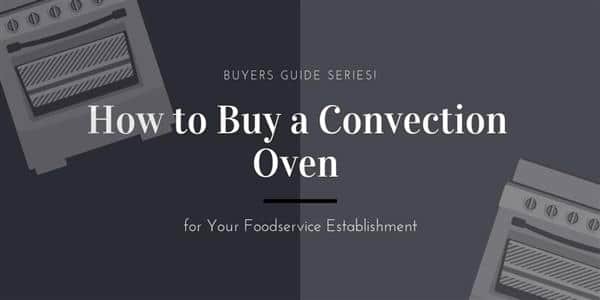