The Difference Between an Air Fryer and Oven in a Nutshell

Are you confused about whether you should buy an air fryer or an oven? Read this blog for the answers to your questions. In convection baking, the oven includes a fan that allows hot air to blow on and around the food. The force of the air moves more heat to the food’s surface, and this produces more crispiness in the food than in an ordinary oven. Therefore, air fryers are similar to convection ovens. But both are not the same. Let us now understand what is a convection oven and an air fryer in more detail.

Is a convection oven the same as an air fryer? A convection oven is like a standard toaster oven, rectangular with a front door that opens from the bottom. It is different from an ordinary toaster oven as it is equipped with a fan that blows hot air around the oven. The motion of the air inside the oven is called the convection effect, and it leads to faster cooking by transferring higher temperatures to the surface of the food. This enhances both cooking speeds and the crisping and browning of your food. It includes an interior rack that fits a sheet pan. As it is wide, it allows the food to be spread on the rack rather than stacked in the form of layers. Layering or stacking food impedes the hot air flow, so this is crucial.

How Does an Air Fryer Work?

An air fryer is a portable and smaller convection oven. It is tall and resembles a coffeemaker. It includes two removable buckets. When you want to fry your food, you pull out a bucket and place the food in the bucket and slide it back into the device. Then, you turn on the fryer and it starts to cook. As it is smaller and the fan is closer to the food, the air fryer can focus a large amount of heat on a small cooking area. This means dishes will cook quicker in an air fryer than they would in a convection oven.

However, as it is smaller, an air fryer can only accommodate a smaller portion of food than a convection oven. As a result, it can only cook two servings at a time. This means that if you are serving a large gathering, it will take you a long time to cook with an air fryer in batches, whereas in a convection oven, you can do the same job faster. At times, in an attempt to cook faster, people stack food in air fryers. This prevents the hot air from reaching the food equally.

While cooking onion rings or french fries in an air fryer, you will have to periodically shake the food basket to ensure all sides of the food are cooked evenly. This takes more time and you will have to do more physical work as well.

The Pros and Cons of an Air Fryer

What an Air Fryer Vs Convection Oven Are Used for

A critical aspect to consider while deciding which appliance to purchase is the kind of food you serve your guests. Air fryers are better at cooking frozen or pre-made foods like mozzarella sticks, chicken nuggets, or french fries. An oven or countertop appliance is not preferred to cook dishes like patties, freshly-battered items, or anything that can stick to the basket.

Foods that are frozen can get crunchy and crispy in an air fryer, which is better than deep-frying. They can be cooked in a regular oven but they will not get as crisp as they would in an air fryer. Keep in mind that you can closely replicate the results of air fryers in convection ovens, but not conventional ovens. Conventional ovens take much longer to heat up and cook food, and often, the moisture trapped by food sitting on a flat surface causes it to get soggy. Conventional ovens do not circulate air either, so the bottom of the food can burn as the air rises while you wait for the top to get perfectly crisp. So, if you serve your guests traditionally-fried foods often, an air fryer is a better appliance to have.

Air frying food items is an art form, just like cooking. Here are a few tips to make sure your meal is crisp and perfectly browned every time:

What is the Difference Between an Air Fryer and a Convection Oven?

Traditional ovens produce heat from either gas or electricity, and the heat is slowly dispersed over time. In convection ovens and air fryers, food is cooked quickly due to the fan. Air fryers use rapid air technology to produce heat instead of an element. This heats them more quickly than an oven and their small size helps them circulate the heat more evenly.

Which method is healthier: Air Fryer Vs Convection Oven?

In an air fryer, you do not have to use any oil, as when the unit heats up, it is hot enough to crisp the food without oil. This cannot be achieved in an oven. Additionally, if little oil is added to dishes in the air fryer, they remain as healthy as their baked versions. The nutritional value does not change, so you can air fry food as much as required.

While deep-frying with an air fryer, the food is directly immersed in the hot oil. The oil surrounds the food, which makes it crispy uniformly. With ordinary baking in the oven, the food is surrounded by hot air that is not a good conductor of heat and the food gets less crispy in it. 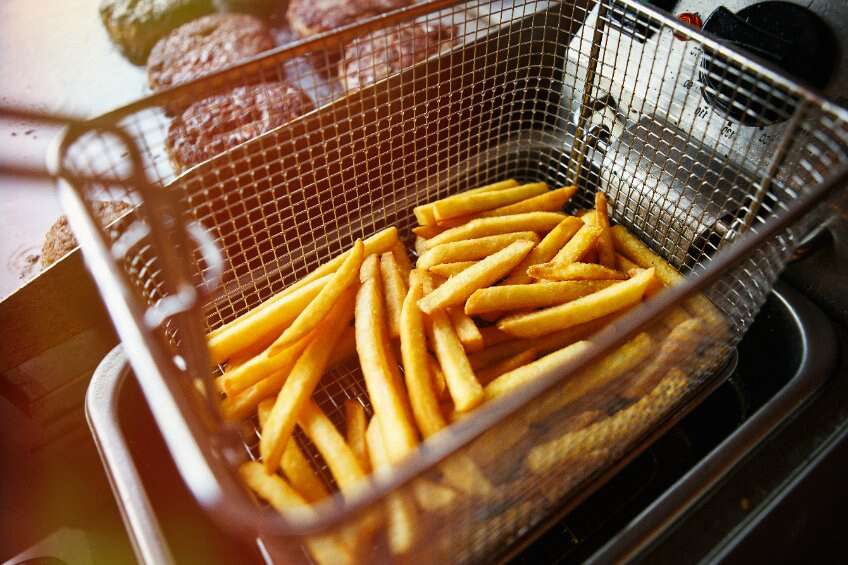 Directions to make French Fries in an Air Fryer

Step 2: Cut a potato in two halves and then into 1/4th slices. Put the fries in a bowl and rinse well under running water. Drain them and dry them.

Step 3: Mix some oil and fries in a container.

Step 4: Sprinkle with a 1/2 teaspoon salt and lay the fries in an even layer in the basket. Do not overlap.

Step 5: Cook in the preheated air fryer for seven minutes.

Step 6: Turn the fries and cook until crisp and golden brown for 7 to 9 more minutes.

Step 7: Remove from the air fryer and sprinkle salt.

Directions to Make Pizza in Oven

Step 1:  Mix yeast, water, and sugar together in the bowl.

Step 3: Cover the dough and refrigerate for 8 hours.

Step 4: Make a round and even pizza base and spread pizza sauce on it.

Step 5: Add vegetables, cheese, herbs, and chili flakes as per your taste to the base. 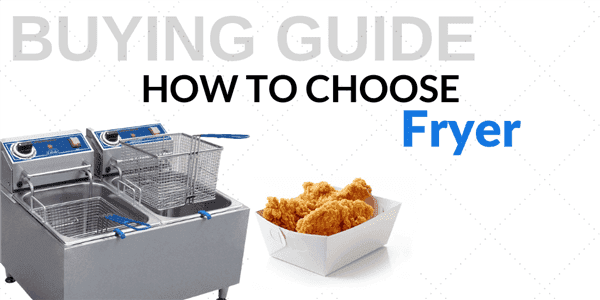 Commercial Fryer a must have in almost all commercial food operations. Choose the right one for your needs! 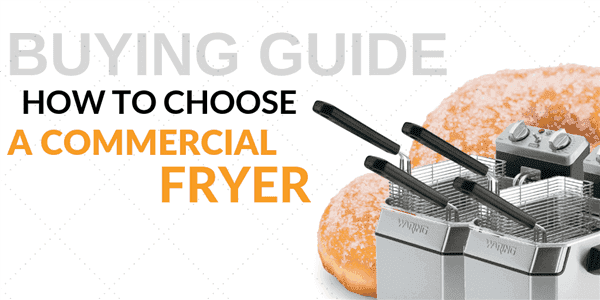